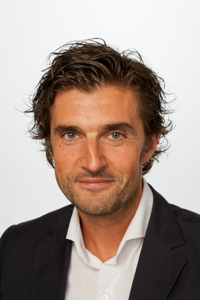 Johan Du Mongh (°1970) studied law at the universities of Leuven and Bologna and obtained a Advanced Master in Corporate Law at the University of Brussels.

He has been a lawyer since 1993 and is registered with the bar associations of the provinces Antwerp and West Flanders.

Johan Du Mongh started his traineeship in Brussels at the office de Bandt, van Hecke and Lagae, currently Linklaters, and finished it in Antwerp with the illustrious Jozef Van den Heuvel LL M, with whom remained partner until his death on 22 April 2014.

Johan Du Mongh simultaneously developed his academic career. On 17 June 2003 he defended his doctoral thesis ‘De erfovergang van aandelen’ (The inheritance of shares) at the University of Leuven, for which he was awarded the prestigious Fernand Collin Price for Law in 2004. In 2006, he was appointed as professor at KU Leuven. He currently teaches the subjects ‘Family Law’, ‘Family Property Law’, ‘Legal Persons and Family’ and ‘European Family Law’, such in Leuven,  Kortrijk and Brussels.

In 2004, Johan Du Mongh was the opening speaker of the Flemish Conference in Antwerp.

Meanwhile, Johan Du Mongh is also deputy judge at the Court of Appeal in Antwerp, CEPINA arbitrator in private law, and member of the Board of the Antwerp Bar Association at the Court of Antwerp.

In September 2020 he was elected as deputy President  of the bar association of the Province Antwerp.

As a lawyer, Johan Du Mongh will always take a mediating role.

In addition, he also represents liberal professionals and their organizations in liability litigations.

He is an active athlete with consequently a special interest in sports law.

He is the author of many books and scientific articles.